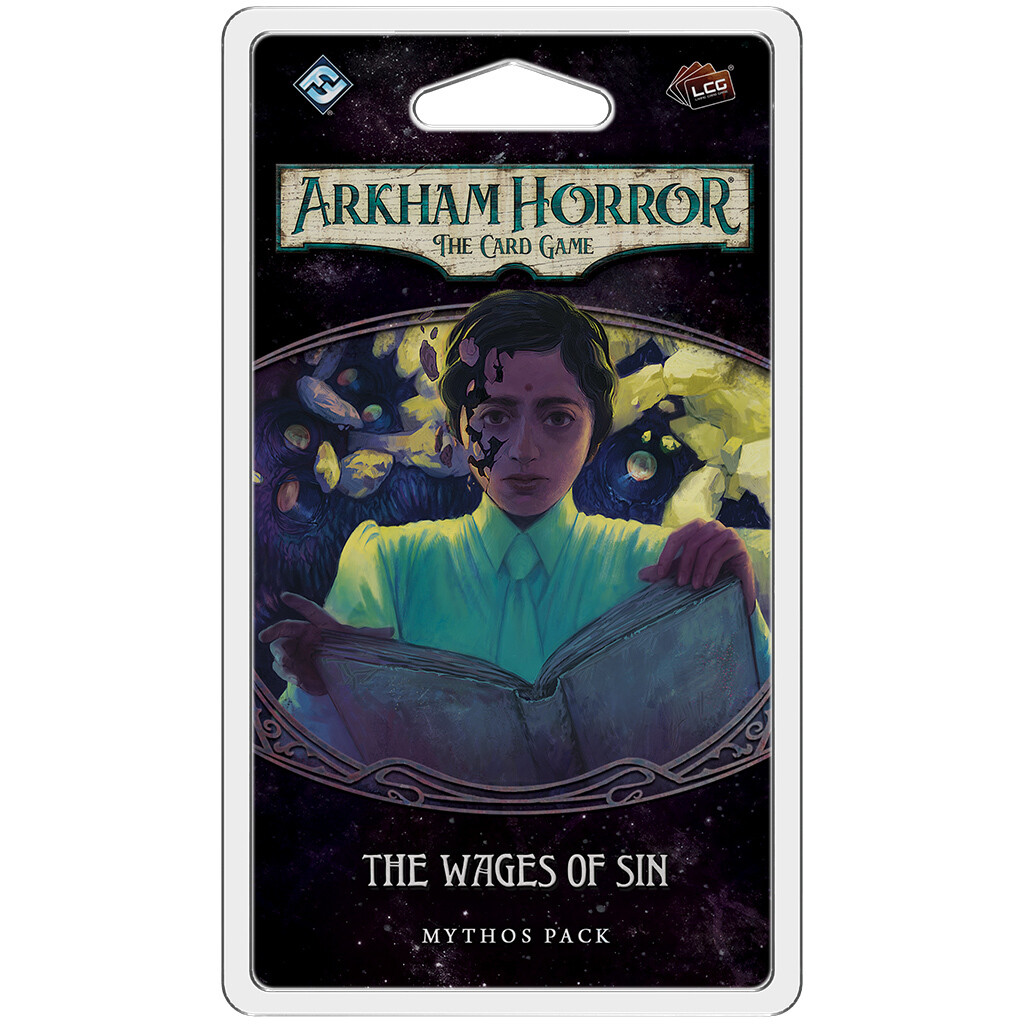 The Wages of Sin is the second Mythos Pack in The Circle Undone cycle for Arkham Horror: The Card Game.

Following the events of The Secret Name, you have been forced to reconsider everything you thought you knew about life and death, sanity and madness. And the mists that hang over Arkham strike more fear into you than ever before. You must delve deeper into the city’s history of witchcraft and persecution if you wish to make sense of all you have seen. There have been reports of ghost sightings and strange activity in the woods the last few nights at Hangman’s Hill, and it is here you must journey to learn more about the witches who once hid in Arkham’s past—witches who have since emerged from the shadows in pursuit of some unholy purpose.

When you step onto the hallowed ground of the graveyard, you may find yourself consumed by a feeling that the ghosts of the past are all around you, existing on some separate unseen plane. In The Wages of Sin, the locations that you will investigate have two revealed sides, one that exists in the realm you know and one that takes you to the spectral plane. As you plumb the secrets of Hangman's Hill, locations may flip to their Spectral side, confronting you with a new set of terrors with a second encounter deck. While you are in a Spectral location, you will use the Spectral Encounter Deck instead of the normal encounter deck, and the dangers that surround you take on a more ghastly light. Will you be able to survive as you stand against the dead?