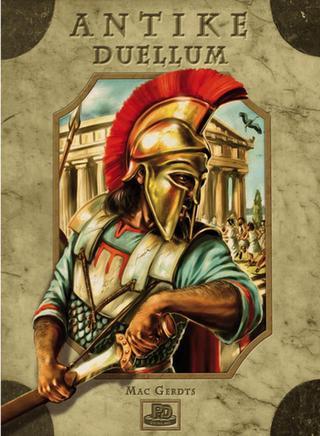 Both players lead an ancient civilization.

On one side, the Carthaginians play against the Romans and on the other side, the Greeks play against the Persians. Each nation starts with three cities, whcih produce Marble, iron, and gold. These resources are used to develop the civiliztions. A nation can build town walls with marble. It can develop technologies and recruit military units with gold. Iron is used to arm and equip the legions and galleys. The nations expand their territories by moving their legions and galley to found new cities. Players may also use their legions and galleys to conquer their opponents' cities. Knowledge of new technologies may double movements, boost defensive strength, and strengthen economies. The first player to own 9 personages will win the game.