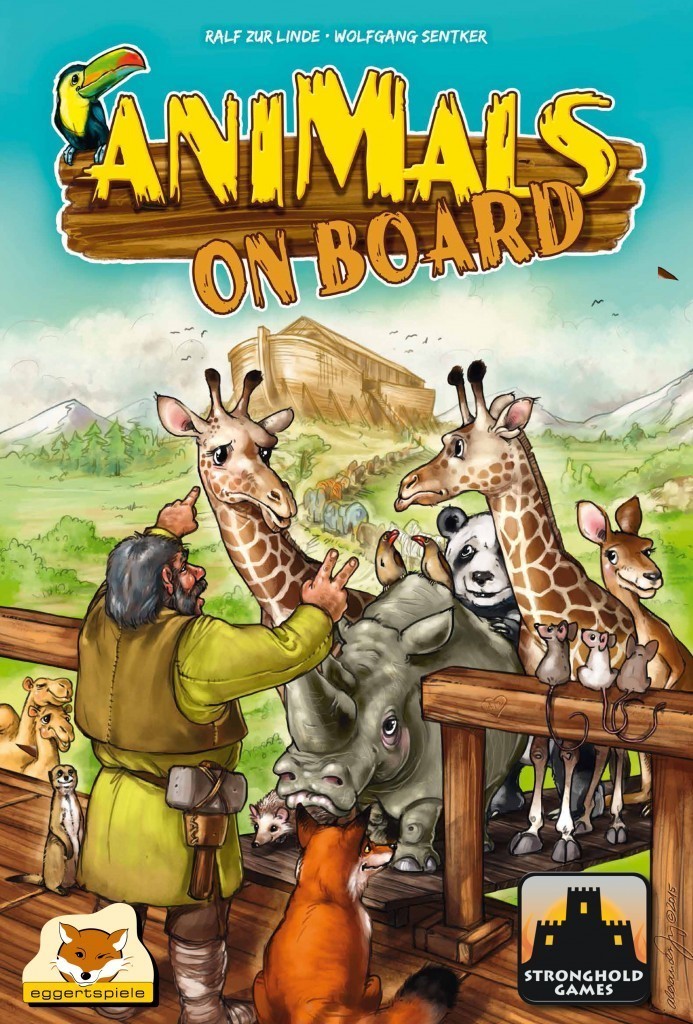 In Animals On Board, you have an ark, and you want to take as many animals on board as you can. Unfortunately, a guy called Noah claims all animal pairs for himself, and he has obtained an anti-pairing law. Therefore, any animal for which a player has exactly two on board at the end of the game must be handed off.

However, you can circumvent the law if you manage to gather three, four or even five animals of a species. These are considered a herd and are not only permitted, but even more valuable. It would be so easy if it wasn’t for a minor issue: To form a herd, there usually is no way around getting a pair first...

When the arks depart, will you win the game by having the most valuable Animals On Board?

Stronghold Games presents this family game, which can also be played by more serious gamers, as in Animals On Board there plenty of little tricky little decisions to make to get the most optimally filled ark!