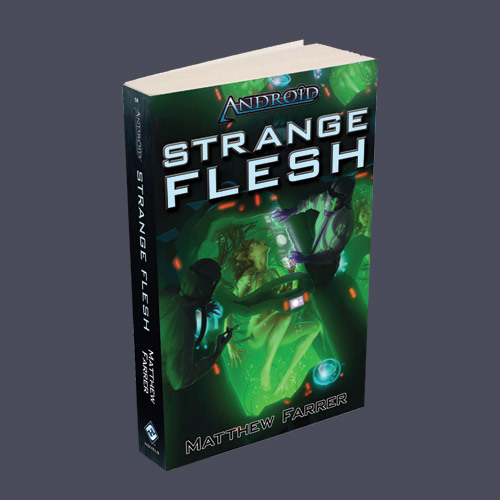 Set in the strange future of the Android universe, Matthew Farrer's Strange Flesh breathes life into a world where humanity is fused with technology, and conspiracies, corruption, and danger riddle the streets of New Angeles.

While the world has changed, crime has not. A tangled web of lies and corruption surrounds the New Angeles headquarters of Jinteki, a massive mega-corporation that leads the industry in cloning technology. When corporate watchdog and media blogger Tallie Perrault stumbles upon evidence of a shocking coverup, she begins to unravel a conspiracy with world-changing implications. Now, Perrault must share her story with veteran NAPD detective and troubled psychic Caprice Nisei. But can these two women uncover the truth before it’s too late?