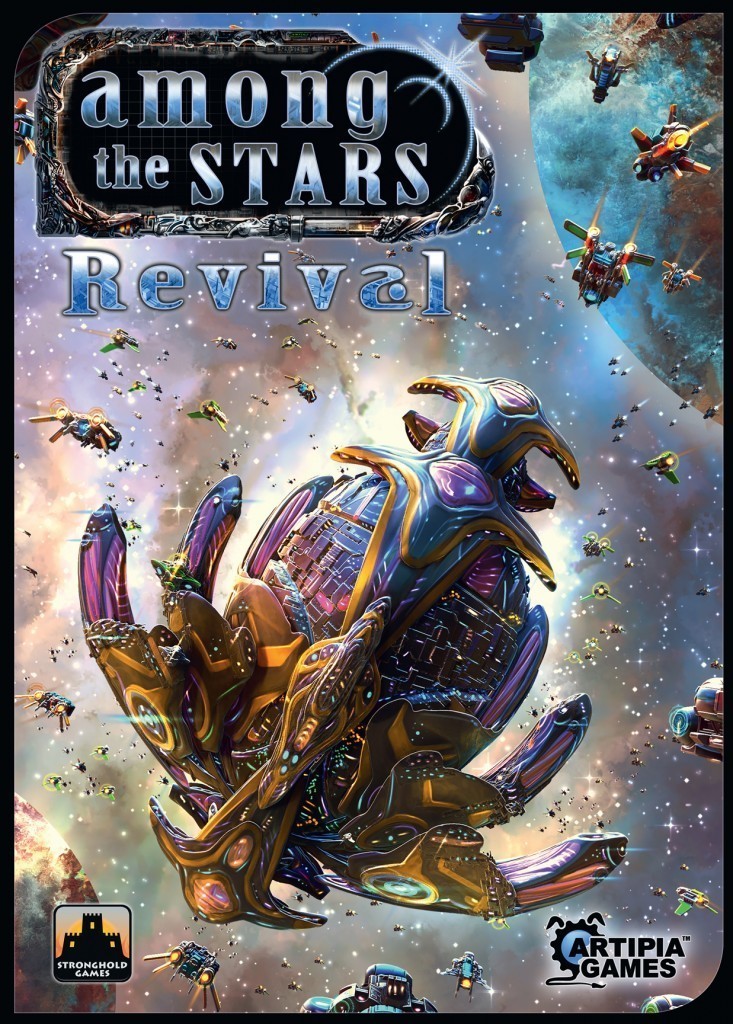 Among the Stars: Revival (DING/DENT-Light)

A new era has begun. The Alliance’s attempt to revive the worlds that were destroyed during the Purge was met with great success and the future looks bright for the first time. Those sectors that were abandoned before have now become very active and are blooming with life.

Due to the increased traffic, the construction of new Stations in the area was deemed necessary. Once again, the alien races rush to build the best Space Station, in order to take advantage of the new opportunities that arise. To that end, Advisors are being sent by the Alliance to assist in the construction.

Among the Stars: Revival introduces brand new strategic two-player rules and exciting new mechanisms that add more interaction in the game and more things to consider when drafting a card.

Among the Stars: Revival includes exciting new features such as: