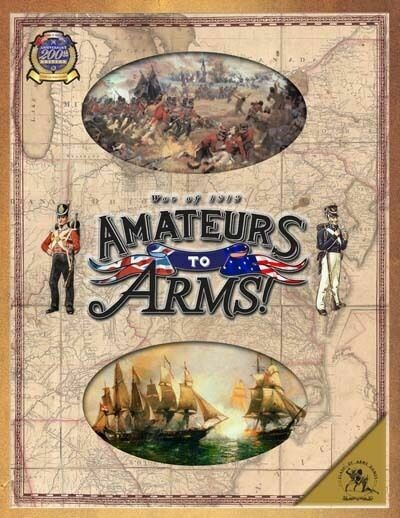 Amateurs to Arms! is a historical simulation of the War of 1812, playable in 3 hours or less. One player commands the British/Canadian forces, while the other plays the Americans.

The game includes all of the theatres of battle including the US/Canadian border and the Great Lakes, the wilderness of the Northwest, the Atlantic Coast of the US, the civilized Indians of the South and the site of Andrew Jackson's dramatic victory at New Orleans.