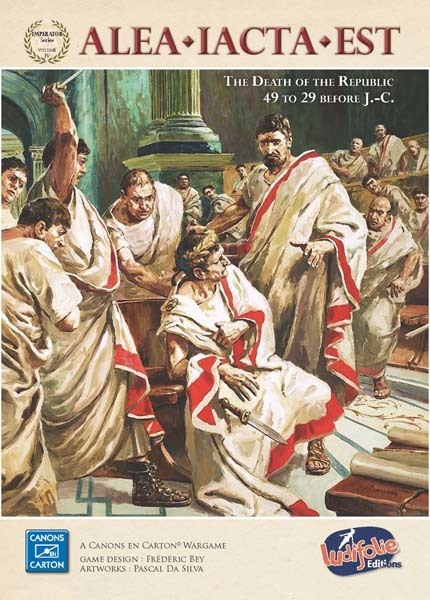 The Death of The Republic: Imperator Series, Volume IV

Alea Iacta Est is a strategic historical game for two players. It narrates the civil wars that tore the late Roman Republic to shreds and paved the way for the establishment of the Principate. The period covered extends from Caesar's crossing of the Rubicon with soldiers of the XIII Legion (12 January, 49 B.C.) to Octavianus' closing of the doors of the Temple of Janus (11 January, 29 B.C.), the act that symbolized the return of peace. One player defends the interests of Caesar, his allies, his partisans and his successors. The other defends the interests of his adversaries. The roles of the two players may be reversed during the game.

The rules of Alea Iacta Est constitute an evolution for a different epoch of the game system developed for Imperator (VaeVictis n°42), Semper Victor (VaeVictis n°56) and Ultimus Romanorum (VaeVictis n°74). These games, though similar, cannot be played using the rules from another game in the series.