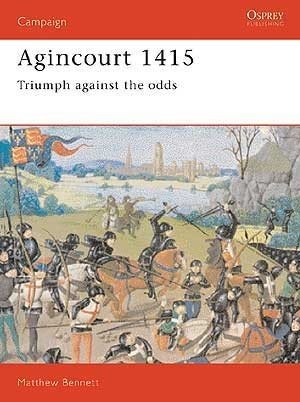 Agincourt 1415: Triumph Against the Odds (Campaign 9)

Agincourt is one of the most evocative names in English military history. Henry V's forces were tired, hungry, and faced a French army three to six times more numerous. However, they possessed several advantages, and English success resulted from the combination of heavily armoured men-at-arms with troops armed with the infamous longbow the havoc this weapon wreaked was crucial. Using original fifteenth century evidence, including the surviving French battle plan and the accounts of men present in both armies, this title discusses the lead-up to the battle, the tactical dispositions of the two forces and the reasons for the ultimate English success.