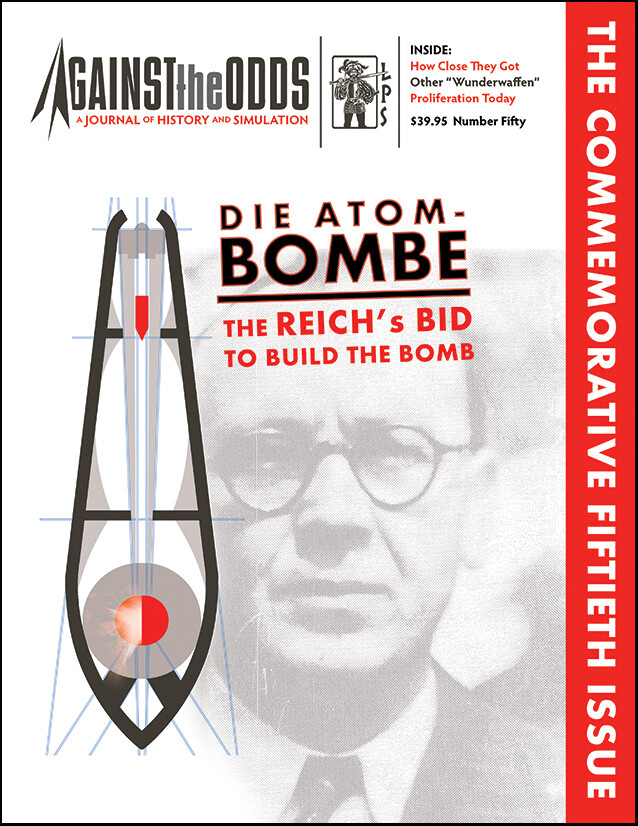 Against the Odds #50: Die AtomBombe - The Reich's Bid to Build the Bomb

“We have invisible aircraft, submarines, colossal tanks and cannon, unbelievably powerful rockets, and a bomb with a working that will astonish the whole world.... All my words are the purest truth. That you will see. We still have things that need to be finished, and when they are finished, they will turn the tide.”

“The wonder weapons are the hope...The well-known mass destruction bombs are nearly ready. In only a few days, with the utmost meticulous intelligence, Hitler will probably execute this fearful blow....It appears, that there are three bombs - and each has an astonishing operation. The construction of each unit is fearfully complex and of a lengthy time of completion.”

In the end, the vain hopes expressed above were all lies and delusions of course. But their genesis started in late 1941 with senior officials across Germany becoming increasingly aware that Operation Barbarossa would fail somewhere short of Moscow. Many worriedly began looking for an “out.” Some, like Ernst Udet, head of Luftwaffe Development, and Walter Borbet, a leading industrialist, shot themselves over the shock of the failure. Others, like General Fromm, in charge of the Army Weapons Office, turned their attention to an extraordinary proposal by Germany’s leading physicists to unlock the secrets of the atom and provide limitless power, and a possible war-winning explosive device, the atomic bomb.

Die Atombombe is a card game for 2 to 5 players. Each player represents a faction inside German government, industry, or military circles, seeking to engage one of the Reich's prestigious research institutes to start work on a nuclear program.

Acting through the Director of each center, players will need to size matters up, recruit other scientists, acquire scarce resources, (plus spy on their rivals, this is the Third Reich remember) and certainly go all out if they hope to develop atomic weapons...

...Or some players may instead focus on mastering and commercializing the secrets of the atom, hoarding both knowledge and resources for the “glorious post-war economy” they fondly imagine is sure to come after the war has been won through more conventional means.

Progress is slow at first - the Russians are far away and the enormity of the effort seems clear early on. And there are always other weapons more desperately needed now.

As the course of the war darkens for Germany, players may see more official support being thrown their way, or engage in fruitless bickering among themselves over the best theories and resources required to succeed. Their finest scientists may even be drafted to serve as simple soldiers at the front!

Fast and quick playing, Die Atombombe shows just how easy it was to be bewitched by the idea, and how hard it really was to mount an effective nuclear program under the increasing rain of Allied bombs and the Soviet menace looming to the east.