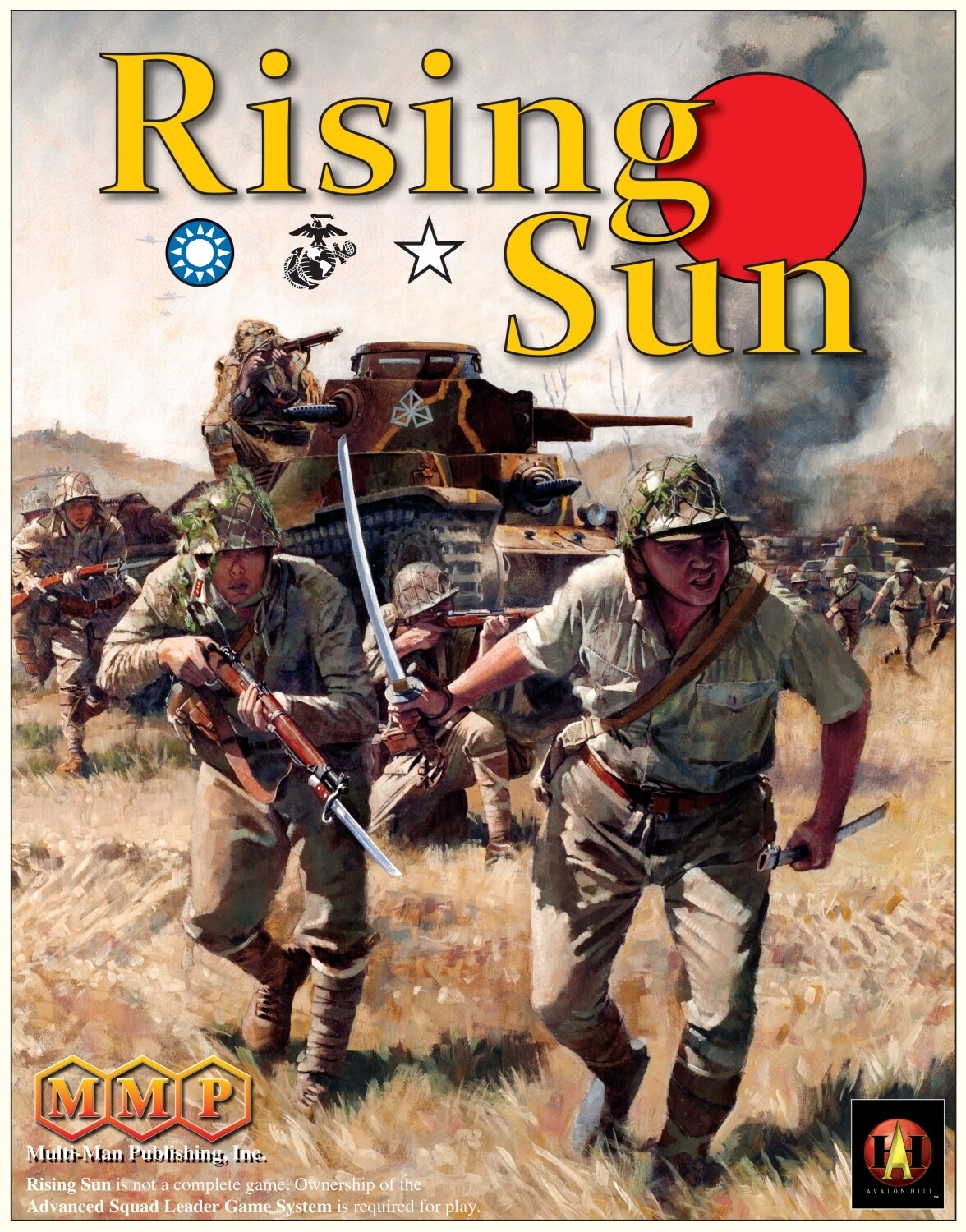 Rising Sun is Advanced Squad Leader’s long-awaited return to the jungles, islands, and atolls of the southwest Pacific. Multi-Man Publishing has combined the original ASL modules Code of Bushido and Gung Ho! into one monster package.

Rising Sun includes the entire Japanese, Chinese, and United States Marine Corps orders of battle; a 2nd edition of Chapter G, which covers the unique rules needed to play ASL in the Pacific Theater of Operations and incorporates all the current errata; and an updated Chapter H for the Japanese and Chinese vehicles and ordnance and for landing craft. Also included are 32 updated scenarios, combining the original Code of Bushido and Gung Ho! scenarios with 16 out-of-print PTO scenarios that originally appeared in the pages of the GENERAL, the ASL Annual, and the ASL Journal. From the ASL Annual '93b comes the Gavutu-Tanambogo campaign game (Sand and Blood), a new 17˝×22˝ Gavutu-Tanambogo map, and Chapter Z pages. Scenario errata have been incorporated, and new errata have been issued for the older scenarios to reflect the balancing changes made to the updated scenarios.

The package is rounded out by seven 8˝×22˝ geomorphic mapboards (boards 34-39 and 47) and dozens of overlays, all updated to match the latest style of boards. Both the rules and the counters benefit from a larger, more readable font.

This reprint of Rising Sun will also include the map and five scenarios for the Hell's Corner HASL which originally appeared in Operations Special Edition #3.