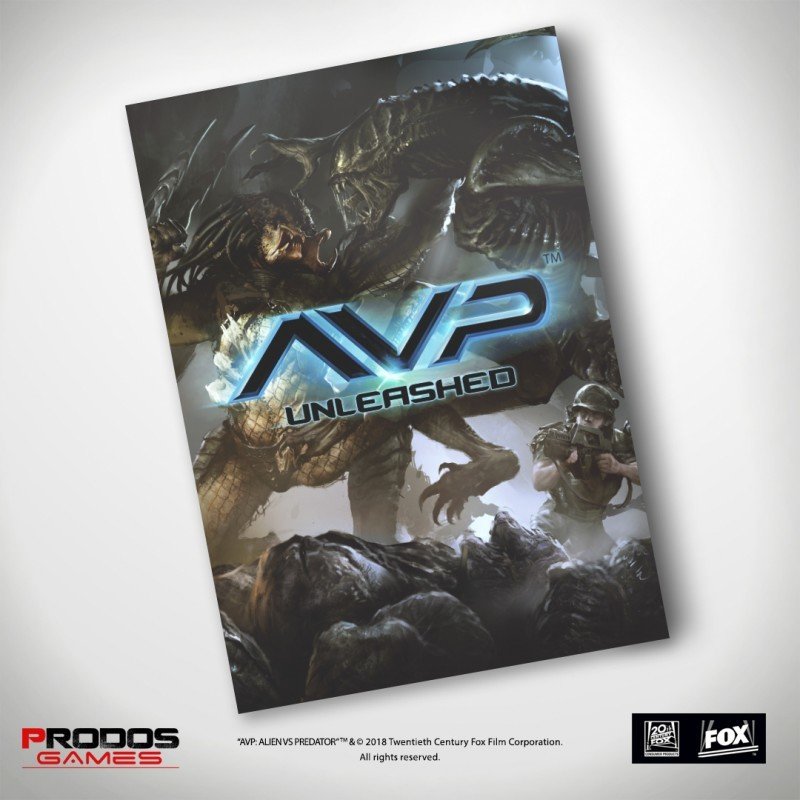 Turn your board game models into wargame!

AVP: Unleashed is a tabletop wargame set in the future that pits three different forces against each other in a battle for supremacy. From darkened corridors of derelict spacecraft to hot jungles teeming with strange wildlife, fight your opponents across the galaxy.

Based on the Wargame Adaptive Ruleset (WAR), AVP:Unleashed is a fast-paced, tactical game that pits the forces of two or more players against each other. From small skirmish fights of a squad or two to large-scale battles, AVP:Unleashed can be played in an endless number of ways.

All available AvP Add-ons for boardgame have rules for wargame included in this book.