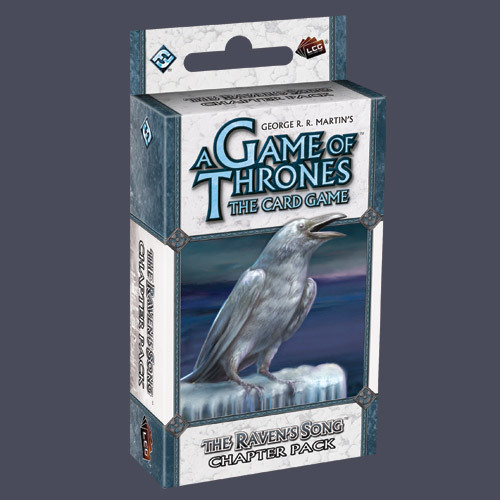 A Game of Thrones: The Raven's Song Chapter Pack

With the onset of winter, the songs of ravens fill the sky. As the nights grow darker and the winds blow colder, the maesters and stewards of Westeros have taken to their castle rookeries, sending forth a flock of messenger birds with schemes and tidings that will shape the future of the realm.

An A Game of Thrones: The Card Game core set is required to play. Contains cards 61-80 of the A Time of Ravens cycle.