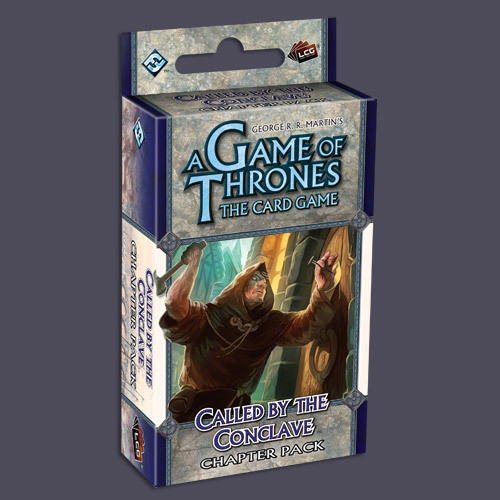 A Game of Thrones: Called by the Conclave Chapter Pack

In the Citadel of Oldtown the Conclave, the head of the order of maesters, deliberates behind closed doors to shape a world without sorcery, prophecy, and dragons. But are all of the archmaesters involved in this plot, or do some of them have an agenda all their own?

Called by the Conclave is the third monthly installment of 60 fixed cards–3 copies each of 20 different cards–for the Secrets of Oldtown expansion to A Game of Thrones: The Card Game. The never-before-seen cards in this expansion were designed to augment existing decks and add variety to the A Game of Thrones metagame.

An A Game of Thrones: The Card Game core set is required to play. Contains cards 41-60 of the Secrets of Oldtown cycle.