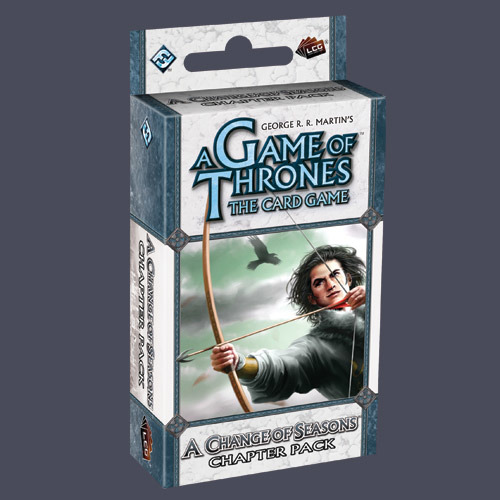 A Game of Thrones: A Change of Seasons Chapter Pack

As the warm embrace of summer releases its grip to the harsh winds of winter, the continent of Westeros is in turmoil. The change of seasons will send the timid and the weak into hiding, longing for better times. But for the cunning, the opportunistic, and the bold, the chaos surrounding the onset of winter will be seen as the means to power!

An A Game of Thrones: The Card Game core set is required to play. Contains cards 41-60 of the A Time of Ravens cycle.