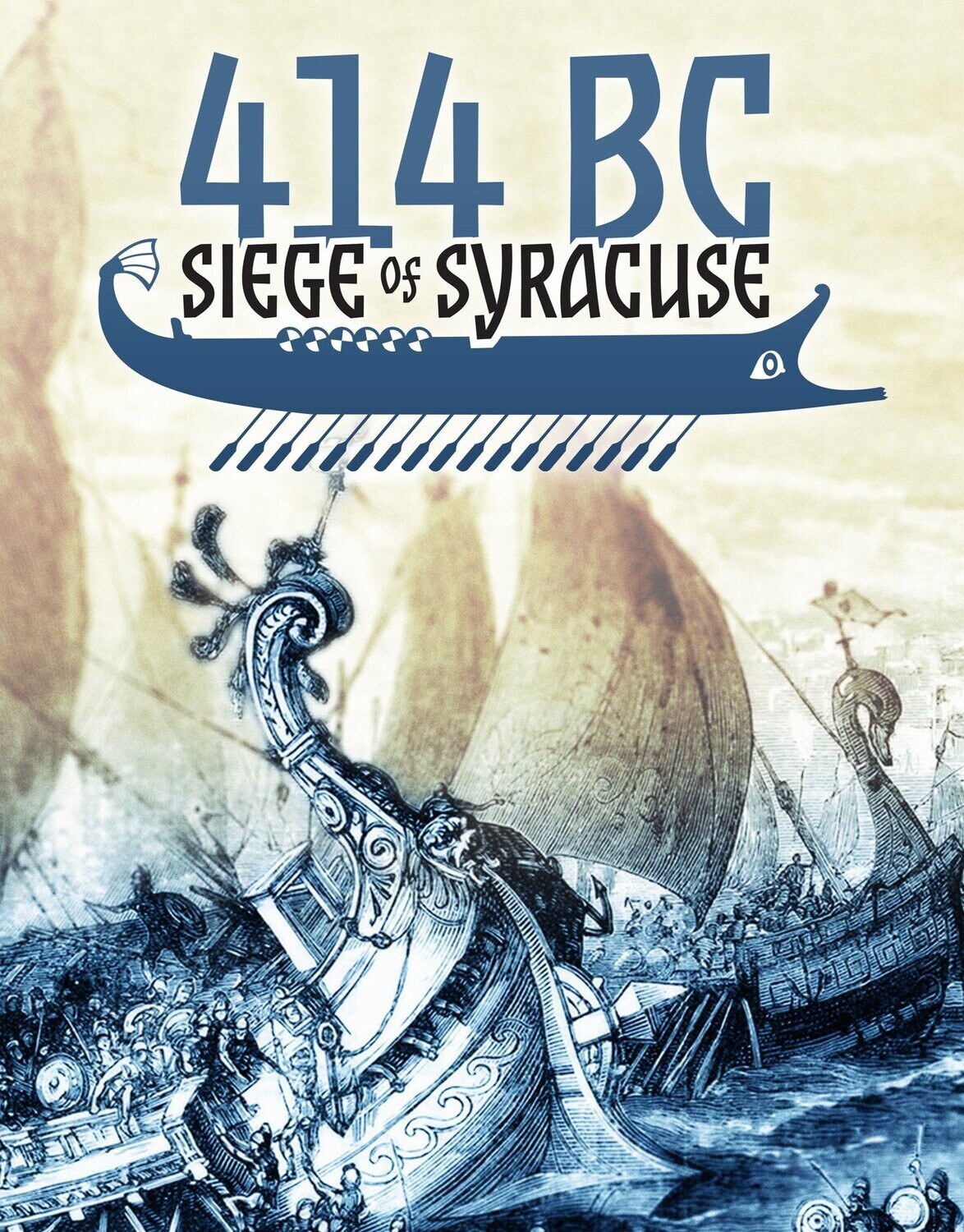 414 BC Siege of Syracuse (Solitaire)

The Athenian player must keep up attacks and deal with Syracusan reinforcements that come into play.They must also construct siege walls to choke off the city and fend off counter attacks by the city army.As Syracuse builds counter walls the Athenian must destroy them if he expects to encircle the city.

The Syracusan side is playing for time.It must defend the city against attacks by land and sea.Its forces must sally out of the city to drive the morale of the Athenian side down.Further, as the progress of siege walls is advanced by the Athenian side, Syracuse has the ability to build counter walls to slow down the progress.

As the Athenian side you win the game in two ways:

As the Syracusan side, victory is achieved by: