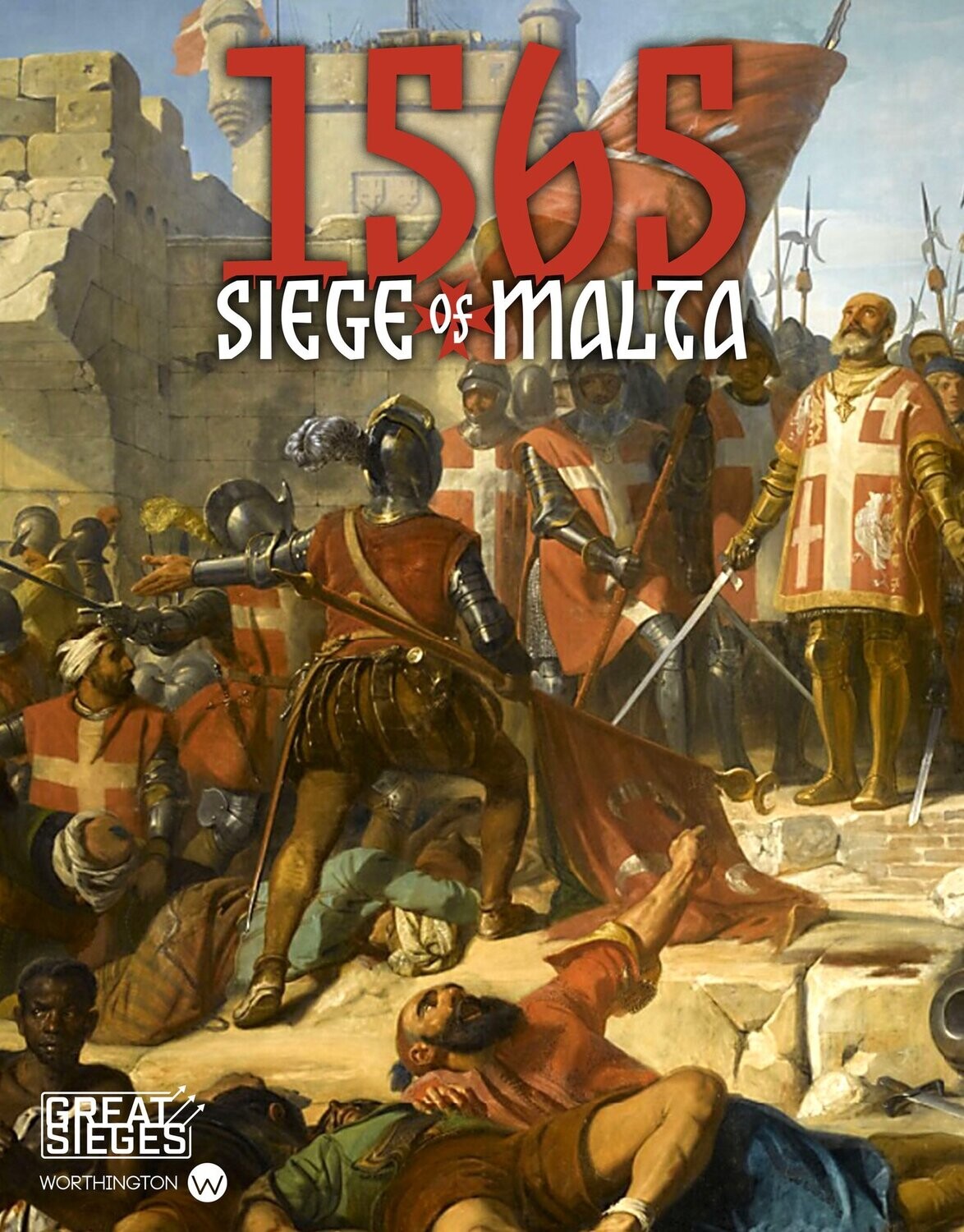 The Turks versus the Knights of Malta in the last battle of the Crusades at the dawn of gunpowder.

Both sides have elite units that can affect battle results with die re-rolls.These are limited so deciding when to use them is important.

The siege in 1565 was during the early days when gunpowder came into use.Each side has very limited use of gunpowder for musketry which can help their odds of success.

Play solitaire as Muslims or Christians