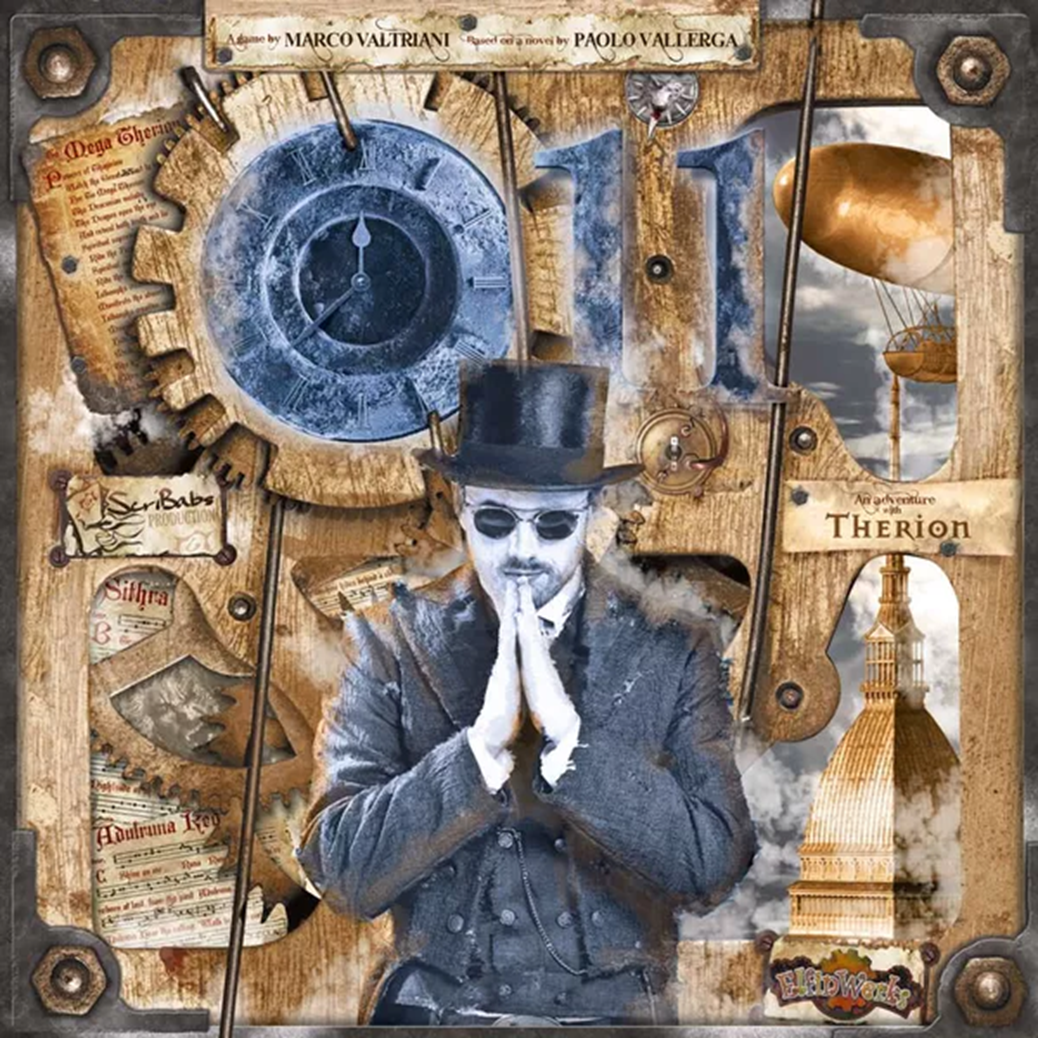 011 an Adventure with Therion

THE STORY SO FAR…

We are in the year “011” of an alternative 19th century. The phantasmagoric Dr. Vikström, scholar of Kabbalah and mystic, profound connoisseur of hermetic texts, discovered the existence of a treatise by the Icelandic poet and historian Snorri Sturluson (1179 - 1241), author of the famous "Edda", that is the mass in prose of all Nordic traditions and myths.

PURPOSE OF THE GAME

011 is set in the Ukrainian city of Turin at the beginning of an alternative 19th century. Hidden here is the Armonium, the Inscrutable Organ of Creation, the only instrument capable of stopping the advent of Ragnarök .

Only one of the 8 characters in the game is the Chosen One who will be able to avert the catastrophe, while another, possessed by the Spirit of Fenrir the Wolf, will try in every way to kill him.

The game takes place in 11 rounds, called Hours. All players start the game as Heroes, but one of them in the fifth Hour will be possessed by Fenrir.

The Hero player must:

These three objectives can be achieved in any order, after which he must:

The player owned by Fenrir must:

These three objectives can be achieved in any order, after which he must: